You cannot copy content of this page
Nightwishers Italy 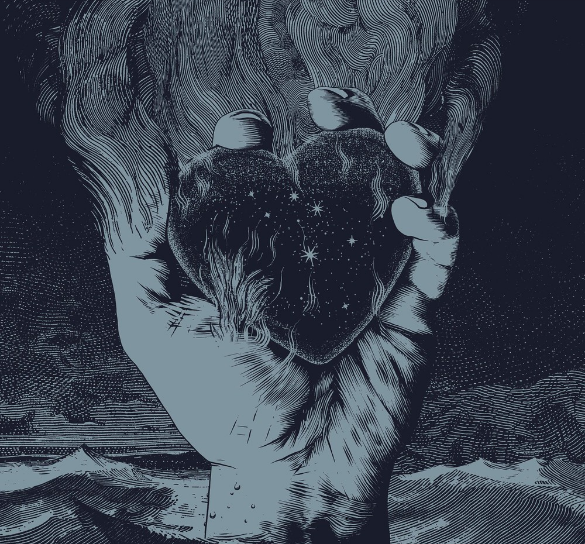 THE VOICE OF MY FATHER

Like a star
Cold in the distance, soundless its call
You don’t see, you don’t hear at all
How can I explain hell
Raging in deepness
Tides of desire swell
From my gravity well
I need to crush you against me
Burning for…
Evermor
Like the sand
Endless desert drying
This thirst undying
I’m coming for you, can’t you see?
The grains falling on you in stealth like my stare
From wings of the air
To your skin cool and bare
Let us stay here together
Covered for…
Evermore
Like shadow
I’m your lover eternal
We were joined at birth
I’ll lie with you still in the Earth
Without you I’ll be gone
Hollowed out by the light
Stay out of the Sun and
Stay out of sight
You will be here
In my arms buried for…

Your star fell into a black hole
Events led to the horizon
Drawn to the lights extinguishing one by one by one
Looking back the road had darkene
And the path was lost in time
But the light, it never made you see, never helped you anyway
What chance brought our hands to clasp?
What faces could not be seen
How can love echo before it speaks?
Just a hand held in the dark
One stumble and it’s gone
If I try to let go, please just stop me

I AM THE WAY

I am the way. I will take you home, lead you astray
I am the way, shadows under skies, the truth and lies
Houses of high heaven, houses of the damned, sixes and seven
I am the way, darling take my hand, I’ll take you home, lead you astray
Should I appear before you soon?
The silence starts to ring with voices beyond hearing
The words you cannot sing
I’m the answer to your Dream
The Dream I made you see
Whatever you’ve been missing will come to be
I am the way…
Come and walk the arching skyline
It’s groaning just like ice
Don’t wanna hear it’s not wise
Don’t you wish yourself to be blind
With my guiding hand so kind
A leap of faith could soothe your mind
Close your eyes. The kiss grows dee
Awaken, fall asleep
Here’s the new reality. It’s all yours to keep
I am the way

RUNNER OF THE RAILWAYS

I’m coming from the north, east, south, to the west
I’m off before you know it and I know it’s for the best
I’ll be running you down in a cloud of bloody steam
I’m gonna eat you up, and I’ll love it when you scream
I’m a loco with a motive and you’ll ride with me tonight
Here’s my bullet train, whoa! Now it’s out of sight
Runner of the railways
Your InterCity daddy tried to catch me in vain
You oiled me up so good, I can outrun all the pain
I know that, with this pace, it could be running off the track
A broken heart at every station longing for me to come back
Let a railcar run me down into pieces with a crack
I’ll leave my baggage there where all the tunnels end in black
Runner of the railways
With a coal black heart, teeth grinding on grit
Veins are pumping oil, and my head is full of shit
I don’t really care, if you get stuck out on the stree
Everyone’s a sucker for my class seat
Runner of the railways
I’m running

I am a wraith, I’m a slayer
And I have no one left  to slay
I am at the end of the road,
A road that led me astray
Your life should not be wasted,
If you’re not ready to die yet
Until the soil falls upon you,
You shouldn’t meet your death
The ghosts and wounds become one
Longing to be whole
In the slow fade to black of a lost soul
If I had one I would gladly
Cut my heart out
But I can only dream on
The tide that swelled in my veins has gone dry with sand and rust
The salt and the heat of skin replaced by the kiss of dust
Below the rock it grows colder
And colder still is the night sky
My hopes go up
Against the black space
Defiant little moths. They die
The ghosts and wounds become one
In scars numb and old
There’s no fiery deep nor gates of gold
I am the one
Whose teeth I’d like to kick out
But I can only dream on
My bones drying up, lying numb to pain, they’ll try to move in vain
No feasts or songs for a mouth
That’s rotting away
Why do I see the moon shining
Right through me?
Cold white moon
Bone white moon
I just wait for
All these memories to fade out

TRUTH SHALL SET YOU FREE

There, see? The clouds that look like faces to me
Now do you think I’m insane?
Hear the leaves, how they use the wind to whisper things to me
No, it’s not words that they say
Come to me when the moon is up
It’s easier to believe when the magic is real
Bare feet in the grass and magnetized to Earth
No, you don’t think I’m insane
I can’t let you have the world but it’s there for you
I can’t make you want the truth, it’s up to you
There are spirits in the waters breaking free
From the ice once again
Hear and laugh with the joy of living you’re about to kill
Stop. Life is now and not then
All roads can lead away from hell if you just turn
From the smoke and the noise
I see the dried up paper of your soul
The notes of the song and your voice
I can’t let you have the world, it’s all for you
I wish you would find your truth, but it’s up to you
I’m grateful for the pain, it says we’re alive